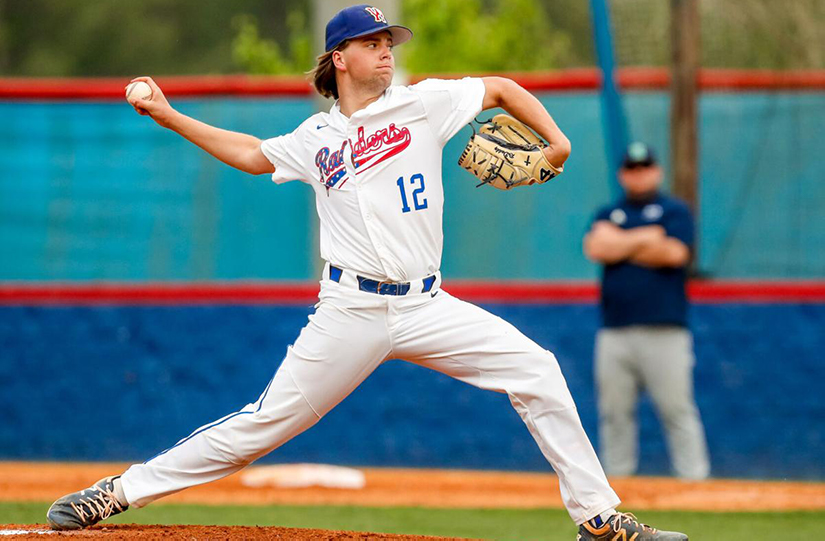 MARIETTA — Walton ran its winning streak to seven games with a 2-1 victory over Harrison on Tuesday in a key Region 3AAAAAAA game at Raider Mountain.

Walton (17-8, 9-2) scored in the first inning as a single to left from Barrett Eldridge brought in Nick Cubides.

In the second Cubides, who went 2-for-3 with an RBI, singled to bring home Brick Conway.

The Raiders then turned the game over to pitcher Rowan Park who pitched a complete-game one-hitter to help Walton maintain a one-game lead over North Paulding in the region standings.

“First of all, Rowan did everything he had to do right there and had a great seven innings of pitching for us,” Walton coach Shane Amos said. “We kept the ball on the ground, made the plays and scored the early runs. This was a big game for us.”

Kristian Campbell went 2-for-3 with two doubles on what was the Raiders’ senior night.

Campbell is committed to play at Georgia Tech, Oliver Wood will head to Georgia Highlands, Charlie Jordan is heading to Cuesta College in California and Jack Story plans to play at Vassar College in New York.

“All the seniors have been great players and great leaders for this team,” Amos said.

Harrison (16-8, 6-5) scored a run in the third inning on a balk, which allowed Jack Fleming to walk home.

John Raines was the hard-luck loser for the Hoyas, giving up only four hits and two runs.

Harrison, which is in a third-place tie with North Cobb, will host the Warriors on Thursday. The game could provide the ultimate tiebreaker for the third seed as the teams have split the first two meetings this season.

Harrison won the first game 6-2 on its home field, while North Cobb won the rematch 3-2 on its campus.

Walton will travel to Marietta.